A&S Engineering is dedicated to perfecting the performance of popular shotguns. Located in Hugo, Minnesota, they specialize in ultra premium parts, flawlessly designed and produced, to enhance the performance, ergonomics and handling of the modern shotgun. Whether it’s for 3-Gun, Tactical Shotgun Matches, Traditional Shotgun Sports, the Tactical Athlete or the Serious Enthusiast A&S is working on a solution to enhance your shotgun experience. 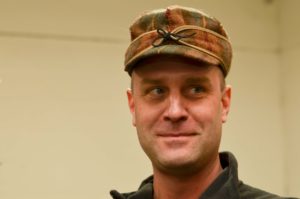 David AdolfsonOwner
Dave grew up in St Paul Minnesota and graduated from the University of Minnesota twice, (01) Mathematics and (03) Mechanical Engineering. His professional career has always been focused on mechanical and industrial engineering with stints in Manufacturing, Construction, Aerospace and Defense, and Firearms. In 2007 while working in Vegas he found solace from the bright lights in the desert and began shooting regularly.

He shot his first USPSA match at the Desert Sportsman Rifle Club in 2007 just outside of Las Vegas and was hooked. Since then he has competed all over the country participating in handgun, shotgun, precision rifle and 3 gun matches in Minnesota, Wisconsin, Missouri, Kentucky, Arkansas, Oklahoma, Texas, Nevada and Oregon. In 2011 Dave won the IDPA state matches in Minnesota and Missouri.

If you are in the competitive shooting world you are probably familiar with some of Dave’s designs. Probably the most noteworthy and common is the JP Enterprises Silent Captured Spring (SCS). According to Dave “It’s been very gratifying to see it succeed and make AR-15 style rifles so much more pleasant to shoot”.

In recent years Dave has turned his design interest toward the shotgun world. At the end of May 2017, with business partner Fred, he launched the A&S Enhanced Trigger Guard for the Benelli M2. This is the first of many designs Dave has for shotgunners – look for more innovations from him in the coming months and years. 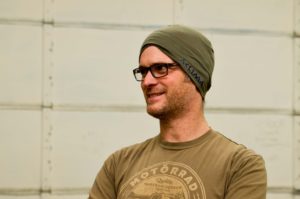 Fred SnyderOwner
Born in Virginia, raised in Ohio, Fred graduated from The Ohio State University with a Bachelors Degree in English. Armed with a solid liberal arts diploma, he promptly deployed it in the field of performance motorcycles and started building and tuning high caliber Italian Bikes.

Fred moved to Saint Paul in 1997 to work as an engine builder and tuner. It was at this time he opened his own shop and eventually opened (and later sold) a motorcycle dealership in Minneapolis.

Fred met Dave while working at a motorcycle shop Saint Louis Park while he was building a god-awful hot rod Norton. That was 1998. They started a machine shop together in 2013 which later became A&S Engineering.

“I’ve always had an interest in engineering/design and manufacturing, but no training. I do the books, run the machines, and Dave shakes his head at my half-baked ideas. Somehow it works.”